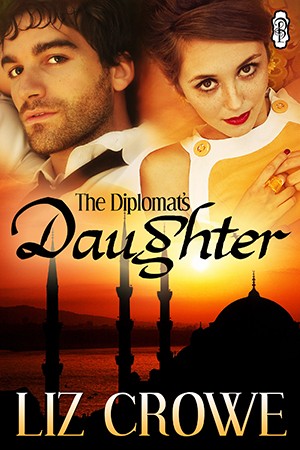 When Vivian Kincaid’s eyes meet those of a hunky local at the Turkish university her father forces her to attend, it only takes her a split second to recognize her childhood friend. Levent Deniz was the servant boy who taught her to run the streets of Istanbul years before, giving outlet to her wild streak even as a child.

Now face-to-face once again as adults, the only thing standing between them and happiness is her father. The newly appointed Consul General for the United States has other plans for his only daughter. Ones that do not include a former servant, now successful entrepreneur and businessman. He will do everything in his power to keep them apart.

The Diplomat’s Daughter is set in 1960s Istanbul and tells the story of pre-destiny, passion and the rebellious power of true love.